I could probably spend all day on   this article. Number 1, it’s on   The Blaze, so it’s almost certainly high-level trolling. Number 2, the author says he’s 28, and I have to tell you, with all due respect to 28 year olds the world over, that means he has definitely not amassed enough life experience to expound on this topic. Number 3, he says stuff like “I’m not trying to offend you”, after saying things like “your job takes no skill and doesn’t require a degree”.

The list could go on for much, much, much longer, and this topic has been written about many times before this, by people smarter and more interesting than I will ever be. So I’m not here to reply to this article specifically.

What I’m here to say is, first, a friendly reminder that someone has to flip our burgers, and clearly this dude (and many others) don’t want to do it. I also do not want to do it. I am guessing that this dude, also like me, does not want to clean up poop, blood, vomit, bugs, or hair, and he does not, like me, want to spend 12 hours in the sun picking delicious strawberries. He probably also does not want to take care of a bunch of kids, change hotel room sheets, move furniture, or drive a cab.

But someone has to. Because as much as I do not want to do any of those things, I DO want someone to flip burgers for me, and to clean up my waste, to pick my strawberries, to take care of my kids, make my hotel room clean, move my color TVs, and drive me from Point A to Point B. And I am guessing this dude does, too. What’s the point of making “significant chunk of money” if you can’t get other people to do shit for you?

It takes everyone to make this country go. Everyone has to do their part, otherwise, no one will get what they want. No produce, no childcare, no heavy lifters, no delivery people, no drivers, no cleaners, no assemblers, no nothing. You can’t eat a website, so while I do value people who blog for a living as this guy does, that does nothing for me when my unquenchable bloodlust rears its head and I need to eat a burger in or to keep it at bay.

So, that’s first: if everyone had an awesome, high-paying job, who would do the stuff we consider low-paying, aka “minimum wage” jobs?

If you don’t want to get too emotional about it, you can also think about it economically: if everyone had an awesome, high-paying job, our economy would crash because there would be a huge supply of people doing the same things, and simply not enough demand. I mean, how many doctors and lawyers do we really need?

My dad is a lawyer. Well… he’s still a lawyer in that he has a law degree. But he doesn’t practice law. It never made him happy. He ended up becoming a courier, and now he delivers things like wound vacs to hospitals. He loves his job. He sets his own schedule, his boss loves him, he gets to do something that fulfills him, and he occasionally gets to do stuff like meet John Legend. Yes, that John Legend.

My mother has a similar story. She works at WalMart. When she was a little girl, she didn’t dream of working tirelessly in retail. She dreamt of traveling. She dreamt of owning her own home. She dreamt of having good times with the people she loved. I’m sure careers sparked her daydreams occasionally, but moreso, she thought about things she wanted. Life goals.

It took me a long time to realize my mom didn’t see her time at WalMart as a punishment. It was a means to an end. She travels the world now- cruises, drives across Europe, weekends away in Las Vegas. That’s all she ever wanted. She didn’t need business cards or her own office to be happy, she just needed money to pay for what makes her happy.

Now, my parents have some things going for them that many Americans don’t, so I’m not going to pretend that their story can be or should be everyone’s. My point is simply that they did not want “fancy” jobs. They want to work and get paid and live their lives.

This last one I will probably get guff about, but it’s true. Work shouldn’t be about just doing, it should be about doing for each other.

Most people may not understand this, and that’s ok. All I can tell you is that, doing something nice for someone makes me feel good, and having someone do something for me does, too. Almost like it’s good for us or something.

And if we thought of workers in this country not as bodies hired to generate money, but as people with gifts to share, it would be pretty revolutionary.

This is really the crux of this minimum wage conversation, I think. We see some people as “gift-givers”, with skills that are good and worth paying a living wage for. Others we see as simply idiots who have nothing we could POSSIBLY want. I mean, who wants a burger, right? Medium rare, with a perfect bun, special sauce artfully dripping down one side, fresh tomatoes and lettuce perched on top, crunchy and the perfect flavor offset to the steaming hot, juicy flame-broiled burger. 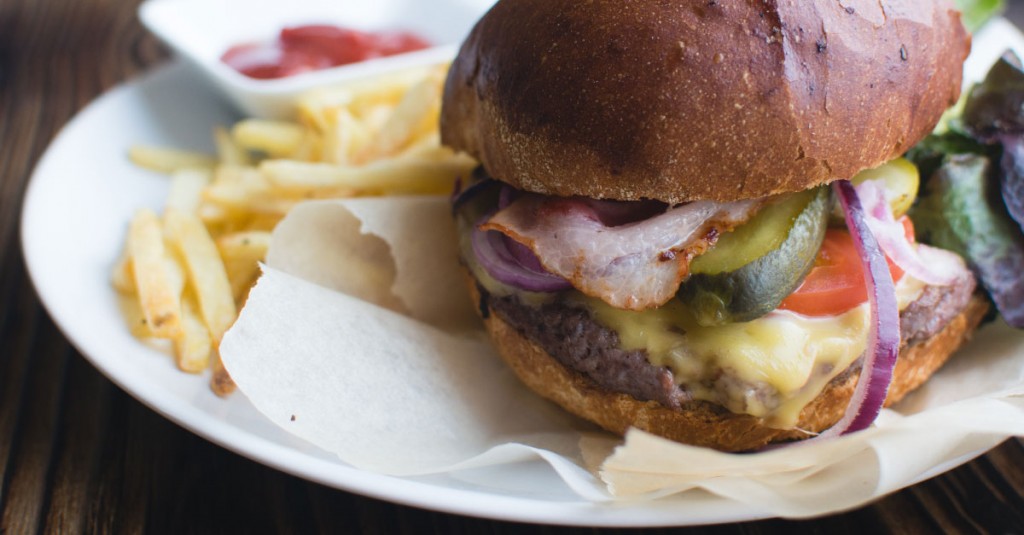 DISGUSTING. I especially hate the part where I did not have to make it after my 8 hours at a desk with health insurance and job security. I AM TIRED, WHY CAN’T YOU JUST LET ME MAKE MY OWN BURGER? Everyone knows the things we work for are sooooo much better than the things we are given through the hard work of others.

In all seriousness, as I said before, it takes every one of us to make this world go around every day. Every single thing you do touches and has been touches by countless others, many you will never see or even think of. We’re all doing things for each other all the time, but we almost never put it into those terms. So when the burger flipper who has saved us time (which is equal to money, btw) and fed us asks for a few more dollars so he and his family can also save some time and be fed, we all flip the f out.

That’s all I want to say.

Oh, wait, there is one more thing: how does someone, in the same article, note that a wage increase would have fast food workers out-earning firefighters, and not immediately realize there’s something wrong with the entire system?